​A true ensemble whose raw energy brings their excellent, 60's inflected songs to life on stage. 40 Years behind and yet ahead of their time. – Sounds

​"Good Foxy: A superb young alt-rock band from the UK. If these aren't picked up there is something very wrong with the scene.
I quite like the name too ;)" - Fox James - Metal mouth

“If there is a better original young band in this country than Good Foxy then I'd like to see em! …and would gladly show my arse in Hyde Park if there was.”  – Tony Worrall

"They certainly electrified the crowd! This 5 piece are a band to keep your eye out for". - Holly Mason, On The Record

"Their self-titled debut album is full of sublime songs with a very reverb-heavy and retro feel. If I had to go out on a limb, I'd call it 'Prog', but that's in a very broad sense of the word. You would never think this was recorded in 2015...it sounds more like 1973, But I love it. Yes young people DO know how to do it! “- Sue Ashcroft, Fireworks Magazine.

​“Hands down, Good Foxy are the best new band I’ve heard in many, many years. If you get the chance, please check them out live.” – Nina Gerstenberger, Producer

"But for many bands, though, translating their studio experimentation into the live environment can prove a challenging one.
But Good Foxy’s sound is mature beyond their tender years and live they sizzle and crackle like a mid-winter fire." - Clitheroe Advertiser

​​"If somebody was to say to me-Adam, who do you think is the hottest band right now, the band that will break through, lead the way-head the charge...my answer is Good Foxy" - Adam Snape - Promoter & Musician.

​"These guys are the dogs bollocks" - Andrew Humeniuk, The Losers Arms.

“These Ribble Rascals have played extensively across the North West, developing a vital live chemistry. Although rooted in the decadent swagger of the early 70s – and evoking legends from Led Zeppelin to Tim Buckley – this refreshing five piece are no retro act. Catch these Foxy young things peddling their raucous anthems and narcotized lullabies in what promises to be a barn-stormer of a set." - Beatherder Festival

"Good Foxy are something special! Their stage presence, energy and mix of musical sounds have an edge on many bands out on the circuit." -  Rosie Greer, Blues in Britain Magazine.

"Good Foxy have been winning rave reviews left, right and centre and have been inundated with gig offers across the North West. They have cemented themselves as the area's most wanted act." - Rebel Grooves

"Seriously, watch this shit!  Without sounding to wizened, after playing music in the local area for over 5 years, this band are truly one of the best I have ever seen. Delivered by C-section straight into the venues of Lancashire, I want to declare my love for their music. Bravo girls. Bravo Good Foxy" - Jack Anwyl, Bad Cardigan

"This lot have made an art form out of fusing stoner rock with deep rooted blues and rock sensibilities." - Plug, Sheffield

"The Ribble Valley's Good Foxy have an intelligent and well executed 70's inflected rock and roll sound that nods to outfits such as The Cult and The Doors while retaining a vibrant originality." - Matt Evans, Promoter and Booker 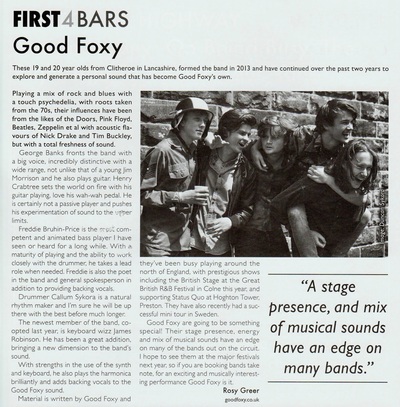 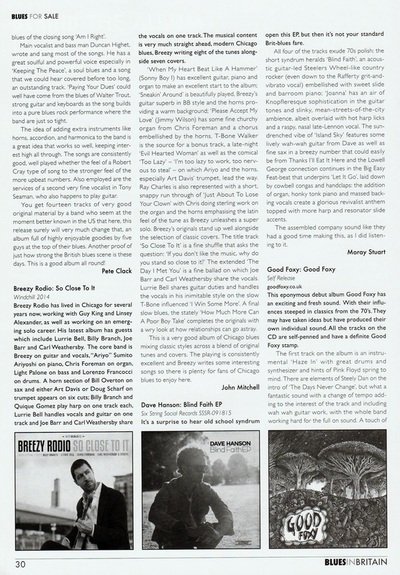 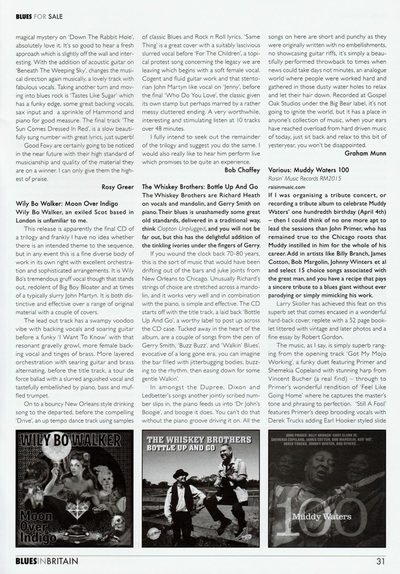 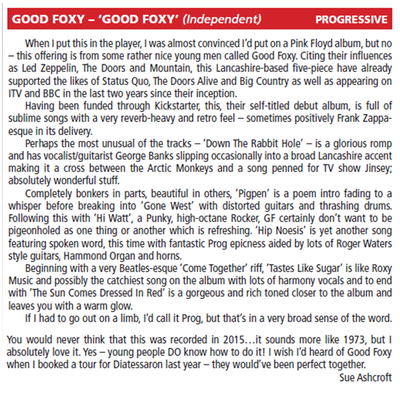 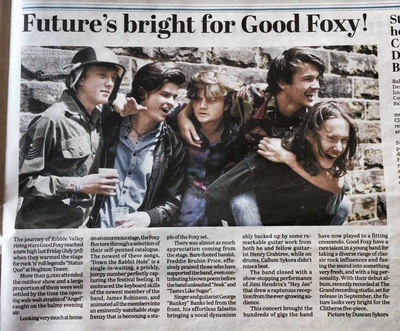 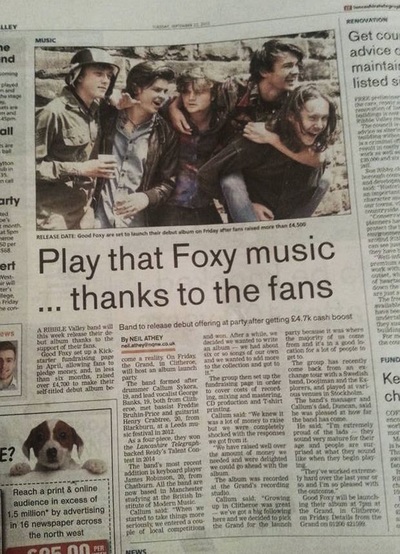 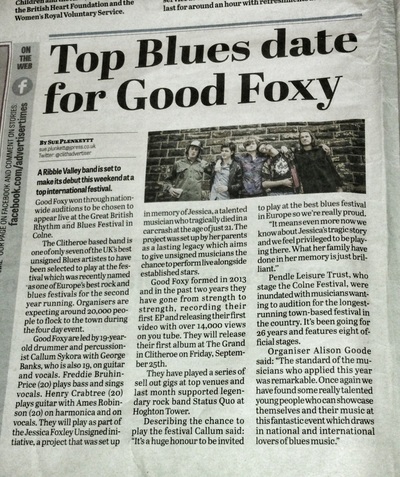 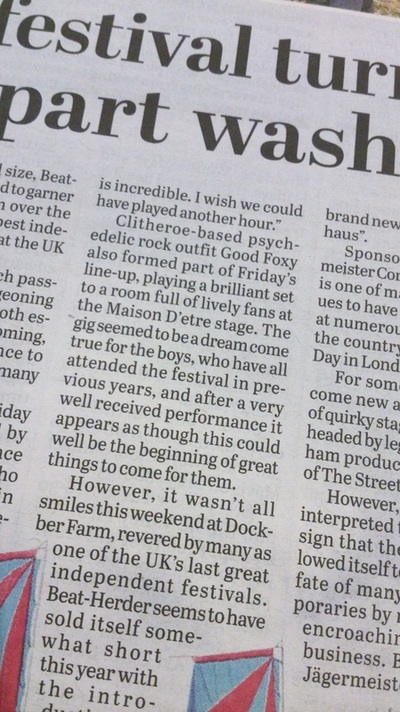 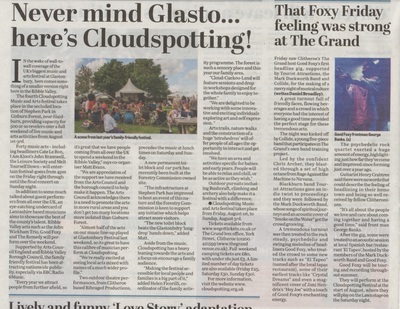 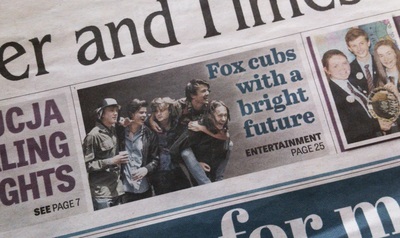 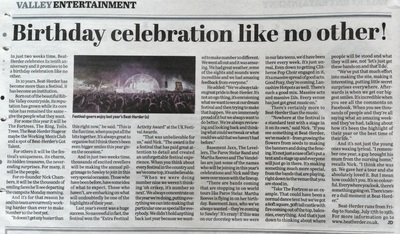 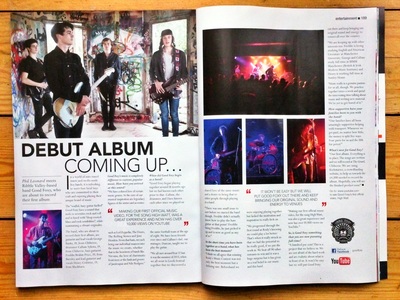 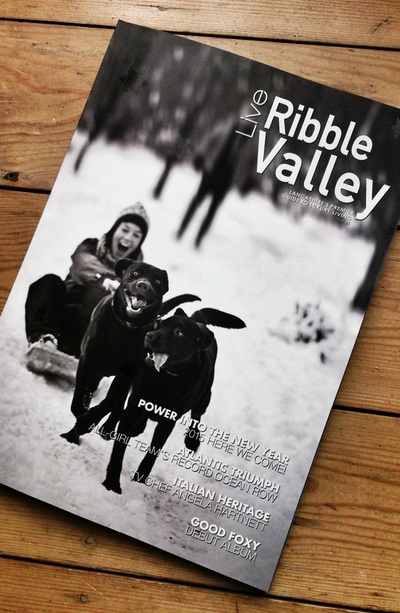 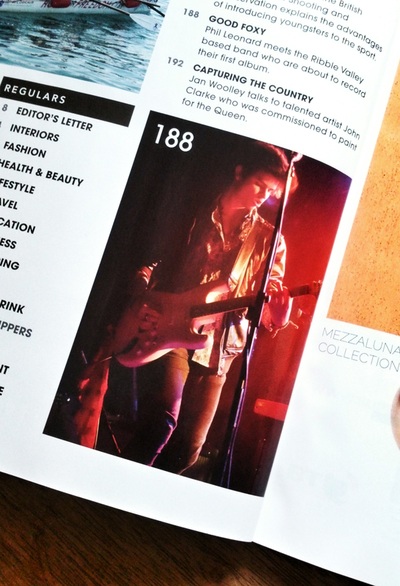 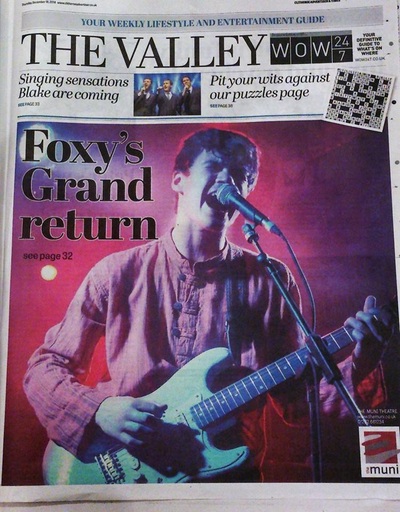 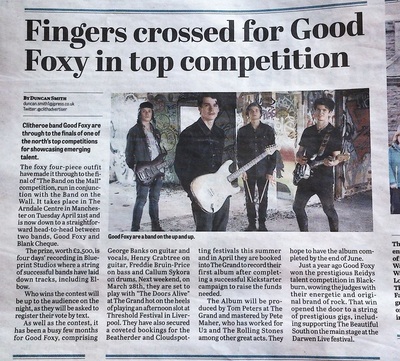 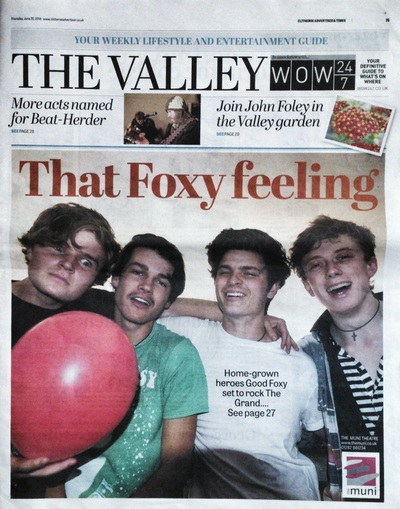 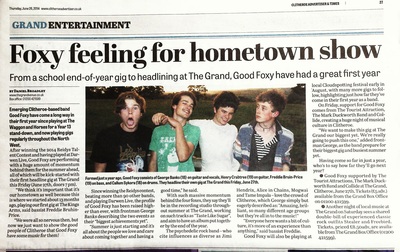 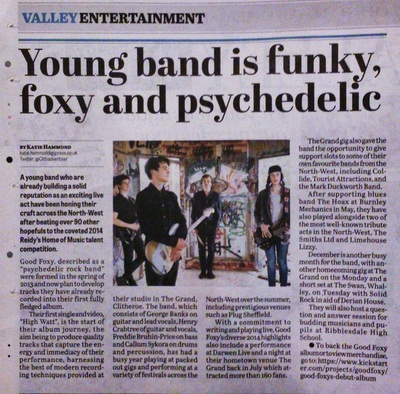 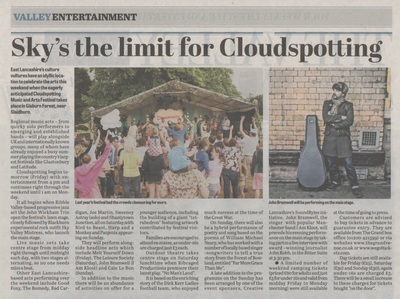 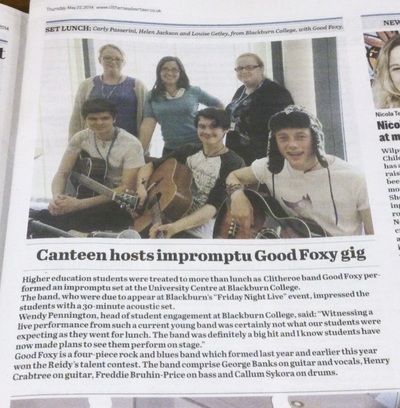 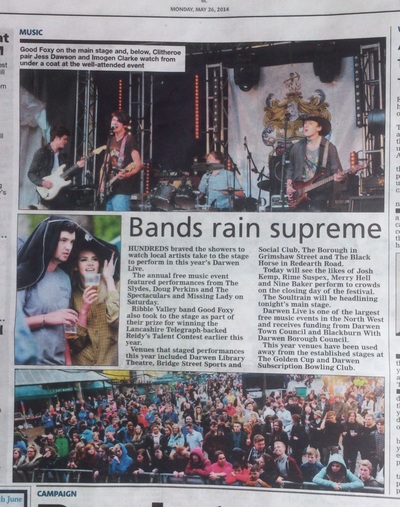 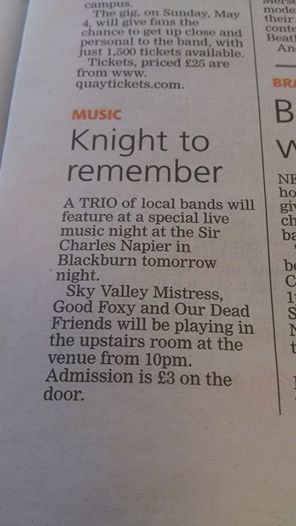 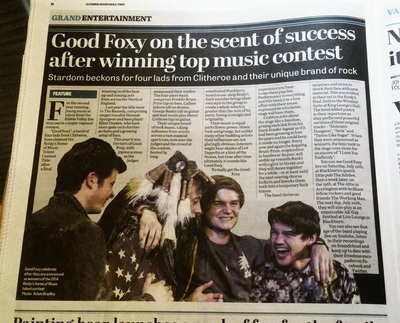 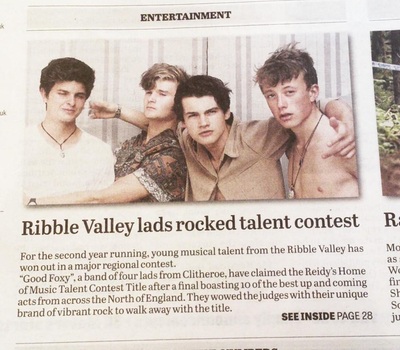 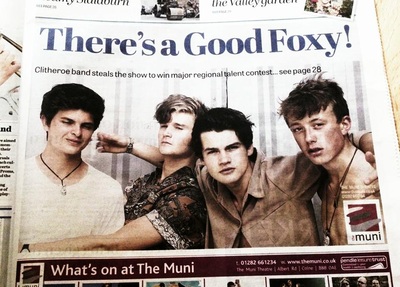 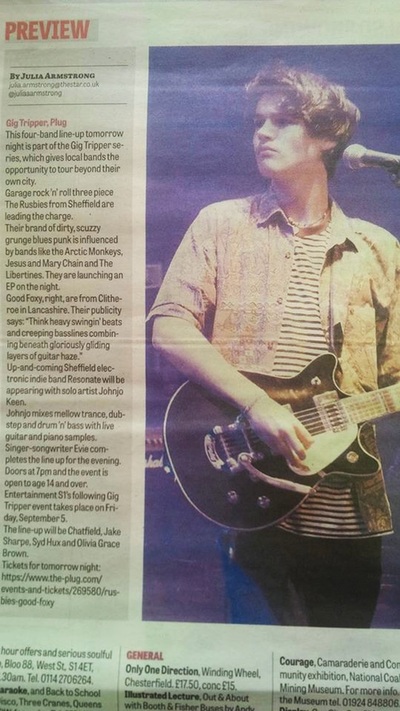 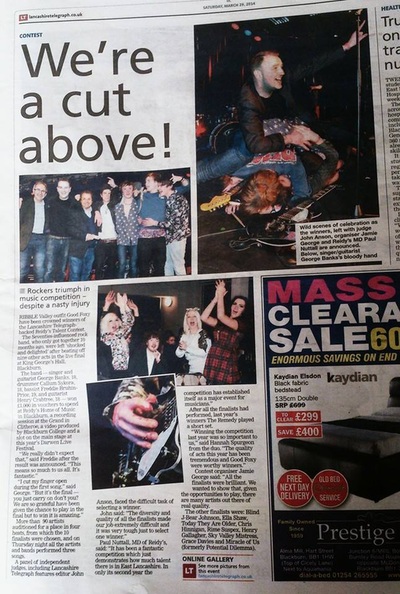 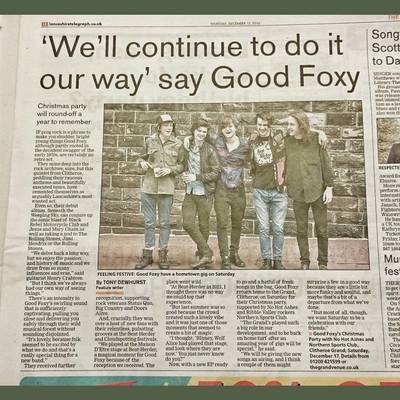 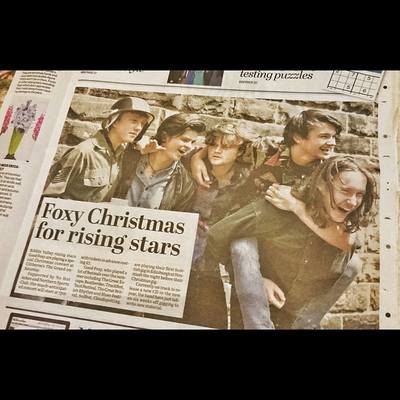